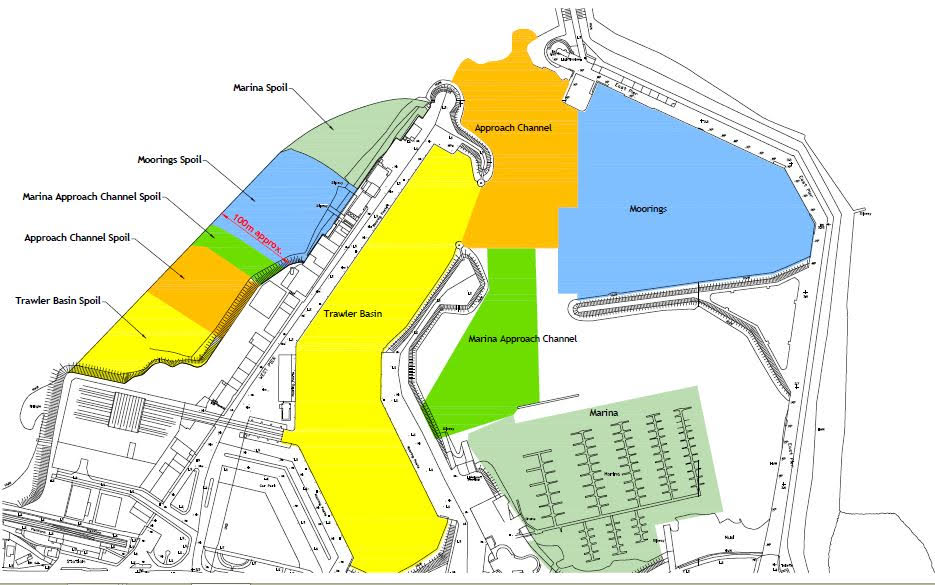 The work on the middle pier that was on public display has now gone through the planning process and is due to commence this coming August.

In the first major investment in the Harbour in many years the facing off of the Middle Pier will see an additional 130 meters of berthing space being available in the Harbour. This will mean that the capacity of Howth Harbour will increase greatly.

It is hoped that this work will be completed in August 2020.

The Department hopes to proceed with the long awaited dredging of the Harbour in late 2020 once they have completed the consultative and planning process. They have been working on this programme for three years and it has now become urgent as the depth of the Harbour is now at a critical stage. The reality is that some boats are just passing Howth as entry is restricted at mid and low tide.

One of the concerns is that the material dredged may not be dumped at sea as a study has shown contamination exists.  While this material is contaminated, it is not hazardous.

The amount of material to be dredged is significant estimated to be at least 225,000 cubic meters of silt. This is the equivalent of 30,000 lorry loads. To remove the silt from the site is not something that can be considered, as the costs would be far too excessive.

There is no doubt that the dredging is much needed but we must be vigilant as a community to ensure that the use of the land is clearly specified prior to any application for planning being made.

It is hoped that when the work commences on the mid Harbour next August a proper traffic management plan will be put in place to ensure as little disruption as possible.

I will be issuing more information to the community as this comes to hand.